Hey all, great news!  The Grammy nominations were announced about an hour ago and Zenph Studios is involved!  As a present for being such a gracious emcee at the Art Tatum Shrine Auditorium concert in 2007, we let Gordon Goodwin create a big band arrangement around one of our Art Tatum re-performances.  As you may know, Gordon is a very talended composer and big band arranger on the West Coast.  He leads Gordon Goodwin’s Big Phat Band, and their latest album, Act Your Age, just now got nominated for Best Large Jazz Ensemble Album.  My hearty congratulations go to Gordon and his super-talented group of musicians.

Well, it just so happens that Gordon put his Tatum piece on this album: he chose to create a playful orchestration around Tatum’s “Yesterdays.”  Think about that for a second: in 2008 a big band recorded with Art Tatum as the guest artist!  This is the wonder and creative potential of re-performance.  I am very pleased to announce that the Goodwin/Zenph/Tatum track “Yesterdays” has been nominated for Best Instrumental Arrangement.  This is a huge milestone for music industry awareness/acceptance of this groundbreaking technology.  My hope is that in a few years time we will see some Zenph albums get their own Grammy nominations (if only because Steve Epstein is such a great producer). 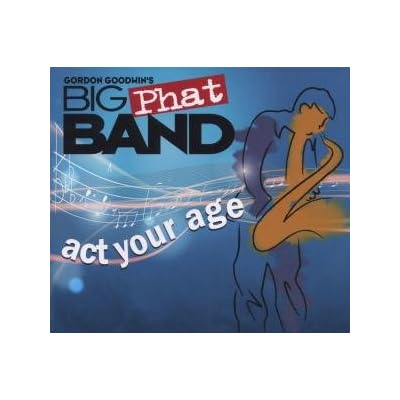