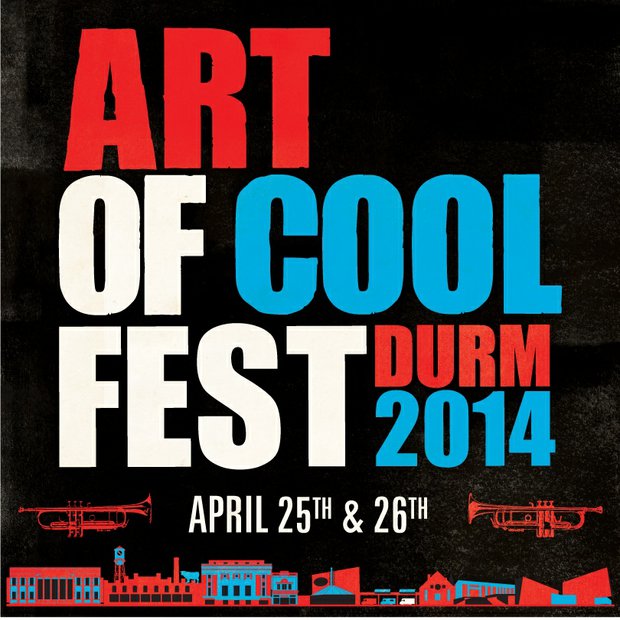 It’s finally here! I’ve observed, performed for, and occasionally advised the amazing jazz advocacy team over at The Art of Cool Project ever since its inception. I couldn’t be more excited for and proud of this crew as we are two weeks away from Durham’s first annual Art of Cool jazz festival! The lineup that AOC has curated skews heavily towards the current generation (my generation) of progressive, innovative, genre-bending jazz artists, which is fantastic, considering they could have easily booked the Count Basie Orchestra, a Miles Davis sideman, a Blue Note artist or two, and called it a day. Props to Cicely and Al for favoring the up-and-coming over the well-established luminaries. I think Durham is in for a treat.

Like those Triangle journalists who salivated over the first few years of the Hopscotch festival, I wish I could catch every single act at the festival, but here in this blog post, I have whittled it down to a [somewhat] realistic itinerary of what I plan to see. My plan is anchored by the fact that I am performing at the festival twice – Friday night with The Beast and Saturday night with Shana Tucker. I made a decision to avoid seeing most of my Triangle-based peers (I can, and will, support them other times) in favor of the out-of-town artists. For reference, here is the schedule page for the festival line-up.

My morning marathon rehearsal with The Beast and fresh-off-the-plane Shana Tucker will be cut off by the fact that Pete and Steve have to go set up for the 4pm kickoff concert – Peter Lamb and the Wolves. In my mind, PL&TW are the Triangle’s jazz ambassadors to non-jazz people through their longtime residencies at Humble Pie and C Grace. After getting a bite to eat and soundchecking at The Pinhook, I’ll hop over to Motorco to catch Raleigh-bred, Oberlin-trained, New York-refined guitarist Rafiq Bhatia and his band. His concept is super-out-there, but so very very deliberate – bring your big ears and get lost in the groove. Then back to Pinhook where bassist Gizmo is playing a set before The Beast goes on – I first met him at the LEAF festival last October where he was playing with Zap Mama and am curious to hear what his own music is like.

As soon as The Beast is done, all of us will probably throw our equipment in a pile and get over to the Hayti as fast as we can to catch the end of alt-soul vocalist Bilal’s set. His drummer is Steve McKie, who is producing The Beast’s latest album. If if if, I have any energy, I’ll try to get back to Motorco for Thundercat’s late set. Otherwise, I’ll feel like I’ve earned a single-malt scotch and a jam session.

Sleeping in (obv.). The afternoon features two free concert tracks – one jazz-based, one hip hop-based. I’ll certainly be on the American Tobacco campus by 3:30pm for the Revive Big Band. Revive da Live / Revive Music Group is a New York-based jazz advocacy group that I suspect was one of the models for The Art of Cool Project. The Revive Big Band is also one of the inspirations for my own The Beast + Big Band. You know me, I’m addicted to large ensembles. So, I have to see what’s up there. I also want to check out Inflowential who I don’t believe have been together for a few years. I miss the days when the Kooley High crew lived in Raleigh, because their emcees were half of what made Inflowential a refreshing act on the hip hop scene. The other half is that there is no DJ or rhythm section, rather a beatboxer, bassist, and guitarist.

Headed into the evening, I can’t wait to see King at the Hayti. This West Coast group of three female vocalists/instrumentalists/producers got so much buzz off of a 3-song EP (including from Prince!). Who knows what the live show will be like or when they’ll be in NC again. Now, as much as I love Foreign Exchange and as easy as it would be to stay put at the Hayti for their set, I’ve got to get over to the Carolina Theater see what is probably the headlining/premiere concert of this festival, the special Carolina Soul Tribute arranged by/led by violist/composer Miguel Atwood-Ferguson. This single show hits on everything that I love about music, and many things I try to espouse in my own career – cross-genre collaboration, large ensembles (with strings and flutes!), specially curated programs. And the guest list – Bilal, N’Dambi, Gerald Clayton, Marcus Strickland, Nnenna Freelon? Damn.

I’ll have to duck out of the soul tribute early to go play with Shana Tucker (not that that’s a bad thing). She and I are musical BFFs. I’m making it Twitter official. Duet album coming..eventually/soon. After packing up, I’ll walk up the street to Pinhook to catch Kneebody.

This was a tough blog post to write – I want to be in three places at once for the whole festival. I believe in every single artist that will be gracing the stage. I’ll be Instagramming and Tweeting as much as I can without losing focus from what’s most important – being present to the music, and letting the music open you up.

See you at the festival!