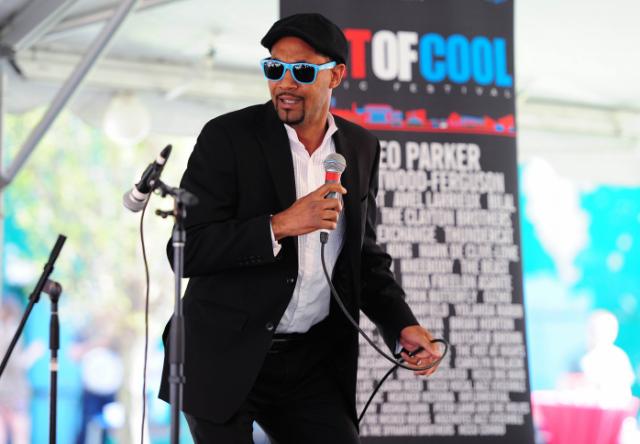 On Monday, Art of Cool Project co-founder Cicely Mitchell guest blogged at ArtsNowNC in a piece called “Why Durham, and why jazz?” She presents a few reasons for why Durham is poised for innovation and growth in jazz, both artistic output and audience. The argument is fine, but it doesn’t dig deep enough, since the real purpose of the article is to raise awareness for the Kickstarter round for the 2015 festival. I’ve been thinking about this same subject for years now. I’ve been a Triangle resident since 2000 and a member of the professional musical community since 2006. Plenty of people who might read this post have a few more decades of authority than I, but that won’t stop me from opining :).

Glossing over the fact that an entire generation before mine laid the foundation for the current jazz scene (names like Jim Ketch, John Brown, Gregg Gelb, Chip Crawford, Glen Ingram, and dozens I’m missing), I have been thinking about why the scene was stagnant in the aughts, and finally saw the beginnings of a renaissance around 2010. I’ll put forth three possible contributing factors. I’d like to think Richard Florida and his healthily-funded Creative Class lab would be proud.

1. The End of Brain Drain

It was quite a common occurrence for the best, most creative jazzers to come through an undergraduate program at UNC, Duke, or NC Central, and emigrate to New York, Chicago, or New Orleans upon graduation (see: human capital flight). This left the Triangle bereft of a critical mass of compelling, proactive musicians willing to invest in the area. At some point, for whatever reason, some people not only didn’t leave but others were coming back. Maybe it’s a love of the Bull City, maybe it’s a strategic move. Something about the area let these musicians know they could forgo the financial hardship of living in a big city and still find meaningful artistic work in North Carolina. Al Strong, co-founder of The Art of Cool Project, is a classic example. Undergrad from NCCU, masters from Northern Illinois University, which degree allowed him to come back and be an adjunct/assistant at NCCU and St. Augustine.

Furthermore, NCCU had the resources to start a graduate program in jazz. This not only retained some of its undergraduates from leaving the state, but also began to draw applicants from outside of North Carolina, infusing the local jazz scene with artists from other parts of the country. James “Saxsmo” Gates is from Virginia. Ernest Turner, while not a student at NCCU, came from New Orleans. Tension, fusion, friction, collaboration. These are ingredients for innovation.

2. Taking a Page from the Indie Rock Playbook

I’ll be the first to tell you that jazz musicians, as a trope, aren’t the most social, business savvy individuals. We wish we had a rabid fan base, a national tour, and great CD sales, but all we end up doing is messing around in different combinations of each other (The Joe Smith Duet ft Charlie Rogers, The Charlie Rogers Quartet w Joe Smith and two other guys) as background music at restaurants, all of us playing the same 50 tunes. Obviously, there’s a disconnect between the dream and the reality.

The Triangle had already seen wave after wave of indie rock/punk resurgence, especially with the proliferation of affordable home recording tools and a DIY/guerrilla marketing approach to fan building. As you might have read, the kids these days (even the classical and jazz ones that go to Julliard) listen to a lot of techno, pop, rock, reggae, and hip hop. So I’m thinking somewhere in there a few musicians watched the way local bands would help each other grow and take the risk of playing for the door at music venues (go where the audiences are) instead of steakhouses, and took a page from that book. That book also includes the idea of branding – having a visual and conceptual representation of your music that people can remember, to help spread the word. Here are some examples of bands that gained traction in the early 2010s:

3. The Art of Cool Project

And finally, The Art of Cool Project happened. Modern, current jazz never had any infrastructure in the Triangle. Jazz musicians, especially those making their living freelancing and teaching, weren’t able to put any extra effort into organizing, web developing, administering any sort of advocacy group. But Cicely has a bio-science degree and looooooooooooves data. Which is perfect for a non-profit in the digital age. So, here they come, and their fist tactic is to put on a series of well-curated (see above: branding, quality, trust) concerts in an intimate art gallery. They took the risk and burden of producing and promoting concerts, giving the movers and shakers and jazz innovators of the area a chance to be heard. Then other, maybe youngers,jazzers looked at the relative local success of those slightly more established jazzers and got inspired. They learned from their mistakes, sent out surveys, outgrew their original venue, and came back for a stronger second year. Their tax structure is “non-profit” but the way they behave is “lean startup”

The Art of Cool Project can’t be all things to all people, and doesn’t represent all of the jazz that is happening in the Triangle (generationally, sub-genre-ly), but that’s the whole point. It can’t. It has the good sense to have a focused mission. And look! They consistently accomplish their goals!

Welp. That’s where my thinking has been. I’m sure we could tell the evolving story many different ways, and that I have missed out on some possible contributing factors. Also, kudos to the establishments that have come and gone and allowed Durham jazz to have a home. I’m talking about Whiskey, I’m talking about Casbah, I’m talking about Labour Love. They took risks on us. We need to thank them for that.

Looking forward to the next chapter.